Herbert B. (Herb) Turner (1926-2010), well-known as an architect, was also an accomplished painter and sculptor who upheld the ideals of classical art and the old masters while incorporating modern concerns and the world around him. Though his works often appear to be direct observations of daily life, they are carefully constructed scenes imbued with social commentary, poignant messages or personal reflections.

Turner realized his artistic tendencies while convalescing after a sports injury during his time at West Point. He studied in New York under Robert Brackman and Naum Los before moving to Del Mar, California where he served as an apprentice to John Lloyd Wright, son of Frank Lloyd Wright. Turner won numerous awards for his art over his many decades of creative output. As an architect he completed more than 50 stunning residential and commercial structures and was a true visionary who found ways to integrate architecture with its environment long before the “green” movement was established.

Throughout his life Turner continued to develop his painting skills, informed by the sensibilities of Thomas Hart Benton and Edward Hopper, as well as his Augustus Rodin-inspired sculptures. His paintings, mostly executed in egg tempera, a classic painting medium that consists of colored pigment mixed with egg yolk, are perceptive narratives about society as well as those close to him. OMA is pleased to recognize Turner’s artistic contributions in a significant exhibition of more than 50 egg tempera paintings, sculptures, drawings, photographs and architectural models. 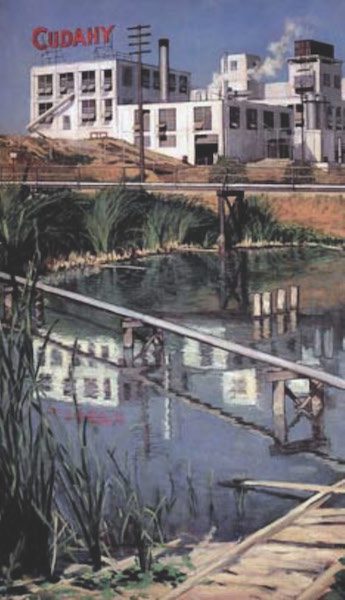