This exhibition represents a shift in the evolution of MartyO as an artist from creating beautiful wearable art ensembles and art quilts out of worn deconstructed and reconstructed patchwork quilts to using this medium, and embellished objects of domestic life, for commentary on the stereotypic, disempowering, and repressive roles projected onto women in our society over the last century.

Through her art, MartyO examines the 20th century’s changes in women’s roles and cultural mores, ushered in by women’s suffrage in 1919, the Social Security Act in 1935, and “the Pill” in 1961. For example, during the postwar mid-century years, housewives were portrayed in the media as longing for labor-saving appliances, while dressed up and coiffed, having prepared dinner on the table in anticipation of their husbands’ return from work.

Themes in this show include the satirizing of the mid-century idealized Leave it to Beaver-esque homemaker role and white-picket-fence fantasy, the feelings of invisibility all too common in women, and the double-bind created by our culture’s expectation that women be both chaste before marriage, yet omni-available, doting sexual beings thereafter. Lastly, her work explores the creation of art as a means to healing from trauma.

Through this intimate show, MartyO hopes the viewer will reflect on what social security means to them, and its price.

MartyO was selected for this exhibition as one of the Juror's Choice winners from OMA’s virtual art fashion event in 2020, Night of the Living Art: An Art After Dark Extravaganza. Take a look at the replay here, with MartyO's artwork featured at 1 hour 6 minutes 22 seconds. 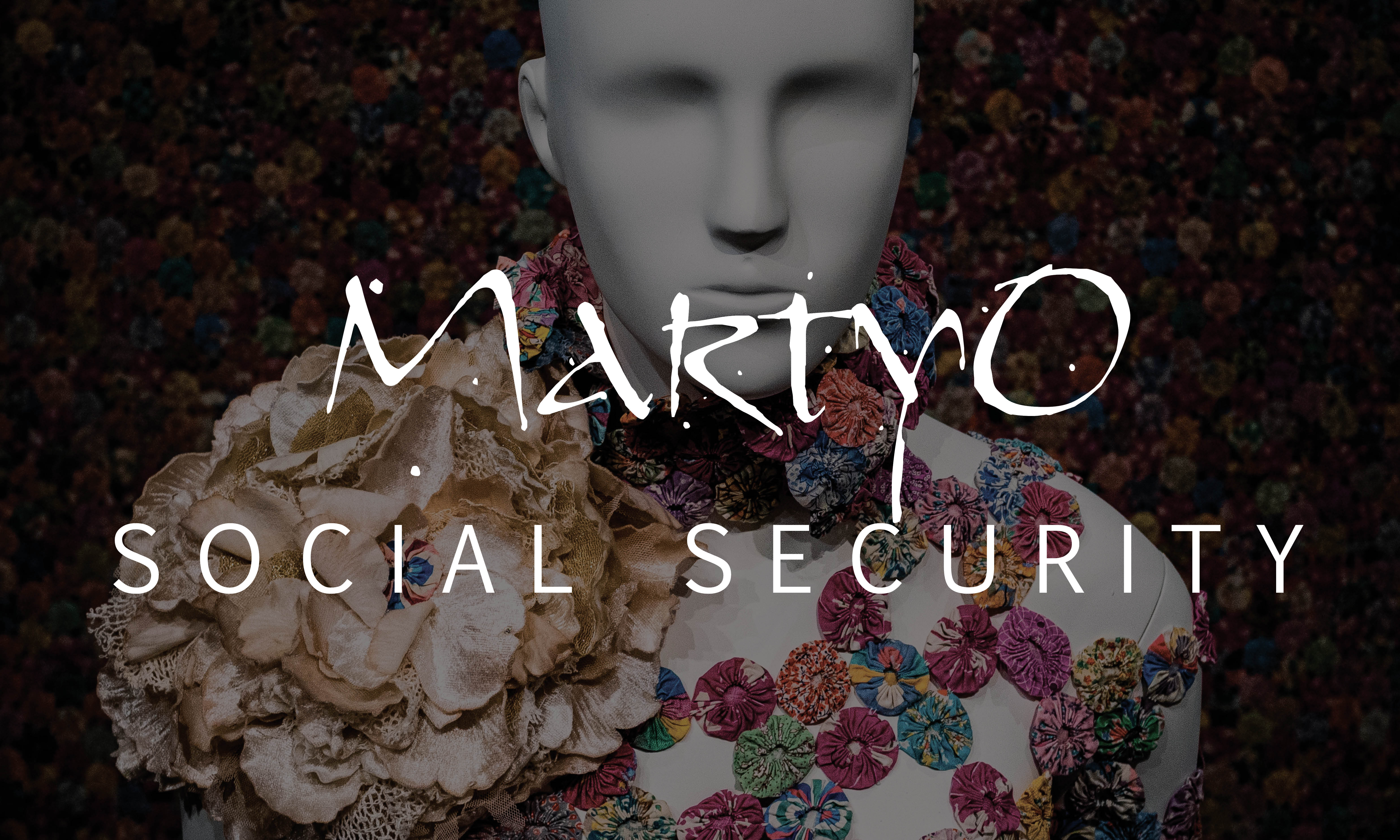