Self-proclaimed “junkaholic” Dan Jones, presents his auto-assemblages in OMA’s Parker gallery for a special two-week installation from June 12 to 24. In conjunction with Art After Dark: Cruisin’ Culture on June 22, this display of approximately ten assemblages of robots, ray guns and racing machines explore Jones’s interest in the Diselpunk aesthetic. Expertly crated from vintage machine parts such as cars, radios, and appliances, Jones upcycles discarded objects with youthful wonderment.

Dan Jones is a San Diego native who has been tinkering with found objects for over a decade. From his backyard lab and studio, Jones takes great joy in creating whimsical Steampunk or Dieselpunk themed sculptures out of what most people would consider junk. His work combines his love of science fiction and the mechanical aesthetics of distant temporal domains. 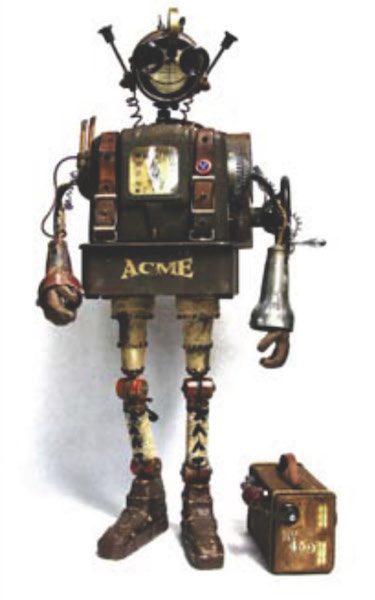