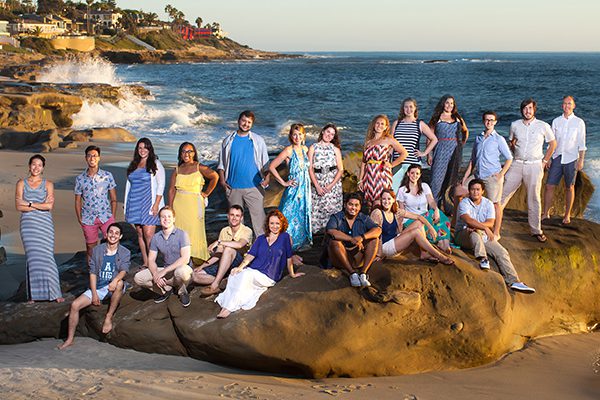 It’s all about connections for professional vocal ensemble Sacra/Profana. The local choir will present Local Connections, a chance to experience choral music that has its roots in San Diego with connections

It’s all about connections for professional vocal ensemble Sacra/Profana. The local choir will present Local Connections, a chance to experience choral music that has its roots in San Diego with connections to some of the biggest names in music. Many may already know that Bing Crosby, George Harrison, Jason Mraz, and Eddie Vedder all once called San Diego home, but did you know that Robert Shaw served as music director of the San Diego Symphony, or that Benjamin Britten resided in Escondido while fleeing the violence of World War II? All of the composers in this carefully crafted program have local ties (some more widely known than others) to America’s Finest City. In addition to Shaw and Britten, other composers with local ties include Matt McBane, founder and director of the Carlsbad Music Festival and staple in the San Diego musical landscape; David Ward-Steinman, who was a professor at SDSU; Jason Rosenberg, who received his Ph.D. from UCSD; San Diego native Bradley Nelson, and many others. OMA members can purchase their tickets for a discount below.  Visitors should click here to purchase directly from Sacra/Profana. OMA Members $20 purchase using the REGISTER NOW link below or call (760) 435-3721 Pre-order online $25 At the door day of $30 Students/Military at the door day of with ID $10 PROGRAM PIECES: Time and Concord- Benjamin Britten, Fuerte es el amor- Stephen Sturk, Frog Festival- Stephen Sturk, On and on and- Matt McBane, Drinking Alone in the Moonlight- Brent Dutton, My Love- Brent Dutton, A World Premiere by Jason Rosenberg, Sweet Are the Lips Of All That Sing- Bradley Nelson, How Can I Keep from Singing- Bradley Nelson, Here is Peace- Cory Hibbs, Voyage Mvt III- Anthony Davis, Creation-David Ward-Steinman, Sometimes I Feel- Alice Parker/Robert Shaw, Shenandoah- Alice Parker/Robert Shaw