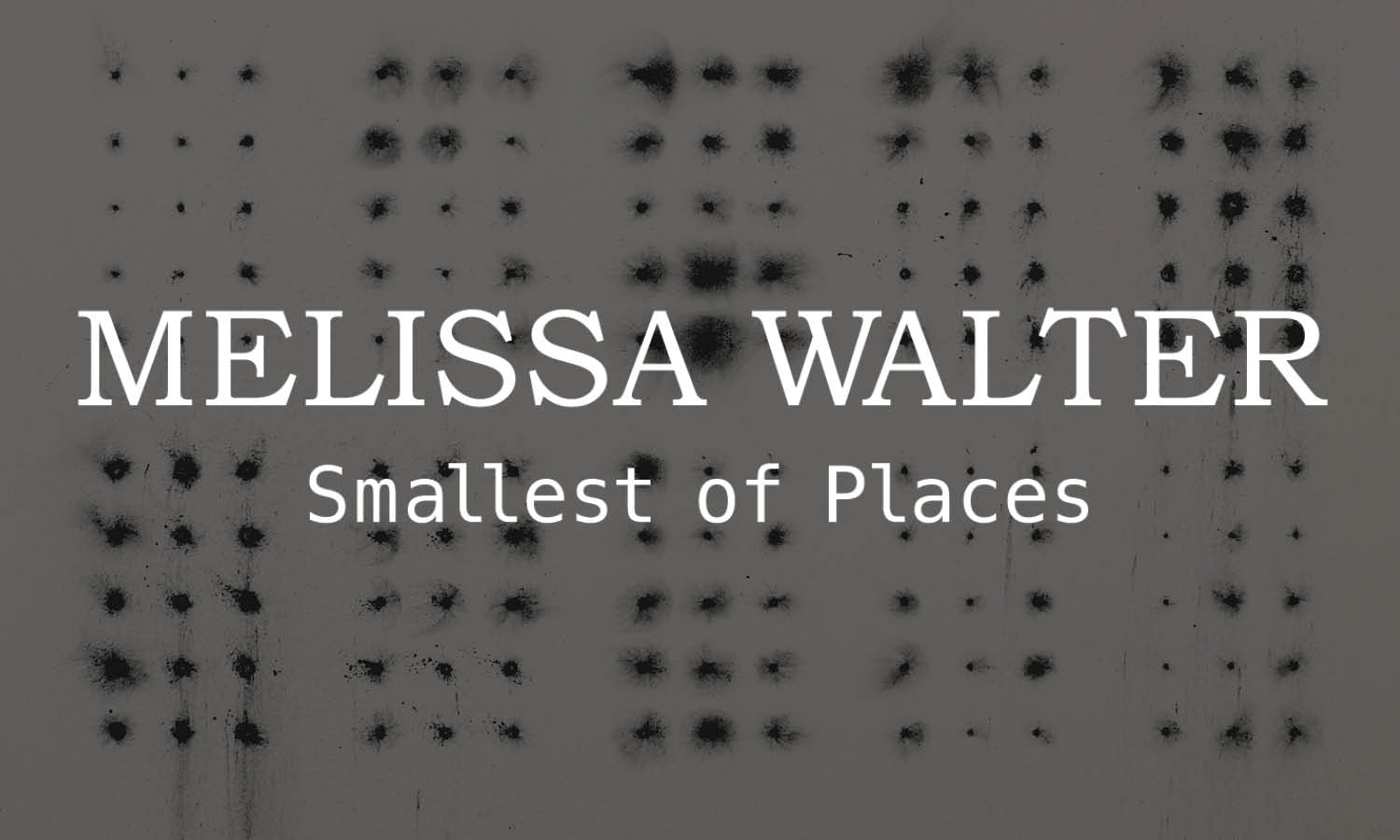 "In Smallest of Places, my work considers the development of DNA analysis in relation to forensic science—the application of science to criminal and civil laws. The use of DNA analysis, invented in the 1980s, has led to the exoneration of hundreds of people incarcerated for crimes they did not commit—sometimes decades after being found guilty. It has also exonerated thousands more, removing people from suspect lists before even being charged.

The subject raises the specter of rampant issues in the United States: unreliable eyewitness accounts, police coercion, and inadequate legal representation, as well as the innocent people who become suspects, or are even convicted, because of these systemic problems. While DNA analysis is not useful in all cases, it is a tool that can continue to push our legal system toward balance and equity. Yet there is still much more work to be done in order to achieve a truly just system.

This exhibition explores the three main stages in the development of DNA analysis used to process criminal evidence, which began in the 1990s. The works provide an abstracted visual interpretation of elements in these processes. The mark-making techniques move from visceral to more precise, reflecting the evolution in accuracy as the technology has developed. However, evidence of labor remains, which suggests the human fallibility that continues to exist in the field, no matter how far it has advanced.

Smallest of Places provides a glimpse into the science behind these processes and, ultimately, cultivates conversation around equity in the criminal justice system." 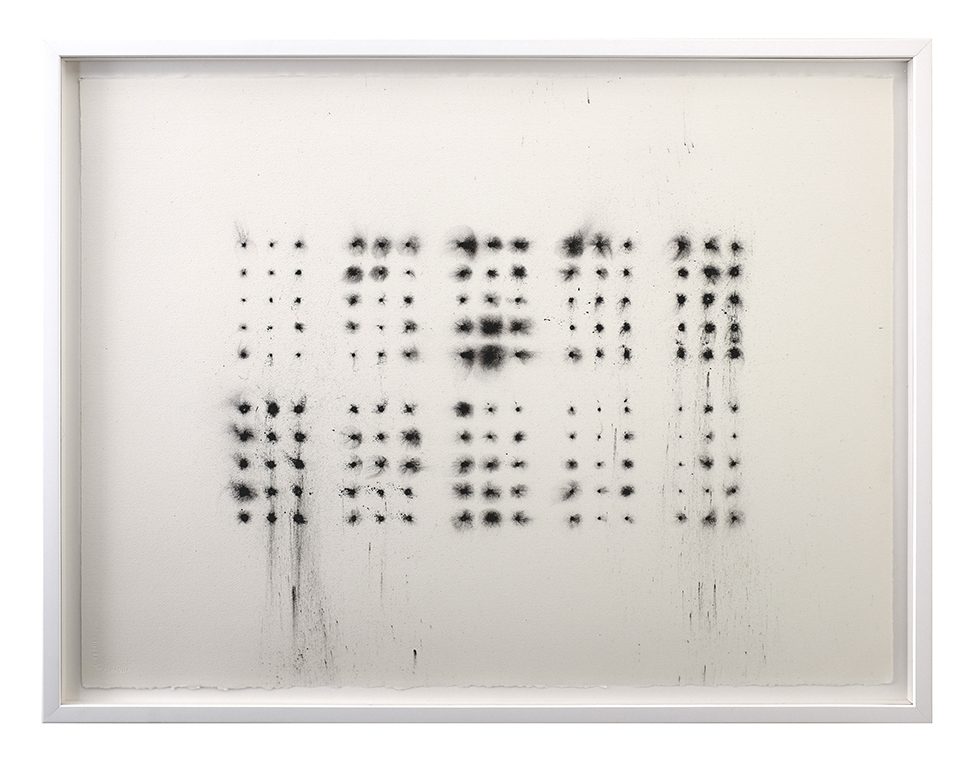 This piece presents a reinterpretation of the autoradiogram, first developed in 1977, which is a photograph of DNA that is produced by radiation from radioactive material within that DNA. The photograph reveals the distribution and location of nucleotides that form DNA. 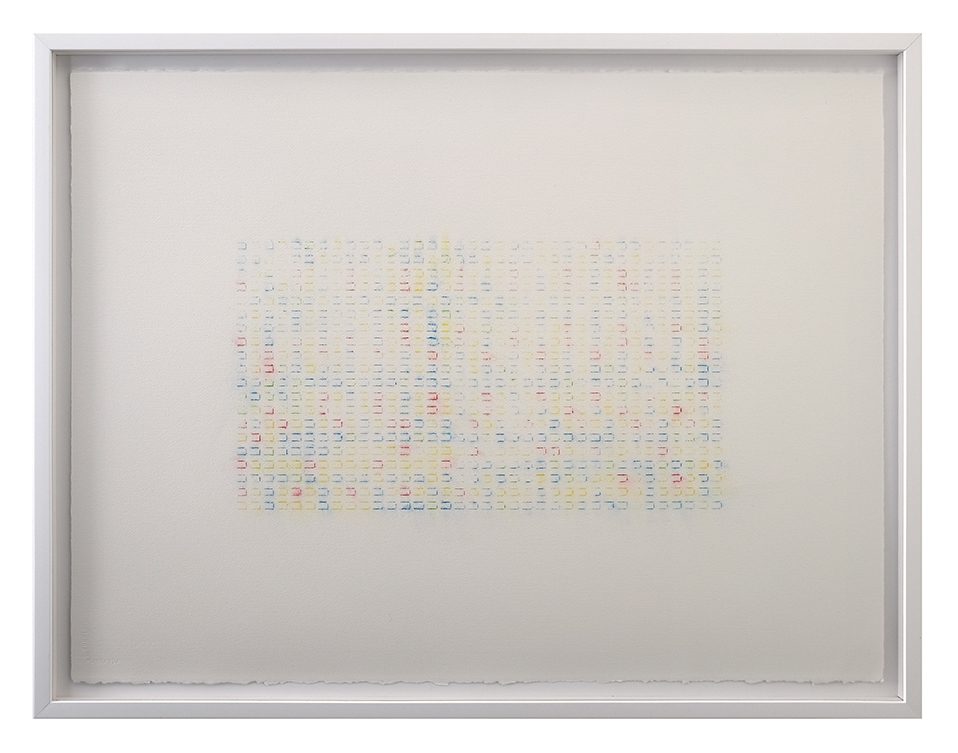 Our DNA is made up of four different molecules, together called nucleotides (usually represented in biology by the colors red, green, blue and yellow), the order of which is unique to each individual. Currently in crime labs across the U.S., technicians look at sections of these nucleotide patterns called “Short Tandem Repeats” (STRs) to determine if the DNA in evidence matches a suspect. This method, which began with four sections in 1994 but evolved to twenty sections in 2017, can now achieve a match at an approximate probability of 1 in 1015. This work looks at the specific STR patterns, as dictated by the National Institute of Standards and Technology, that are currently analyzed in crime labs. 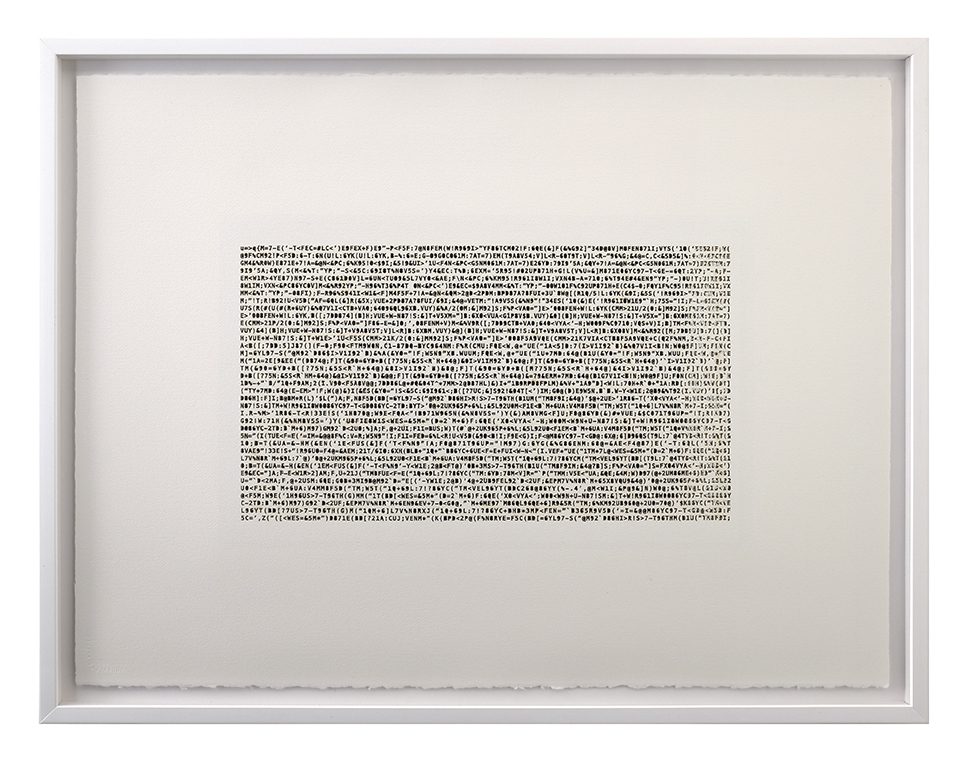 The process of DNA phenotyping reads the parts of an individual’s 23 pairs of chromosomes that code for the differences between people such as skin color, eye color, hair color, and the shape of facial features. This process allows for the creation of a sketch of an individual’s face using only a small sample of their DNA. The technique uses an ever-expanding database of DNA donated by people across the world and advanced machine learning algorithms that are proprietary to Parabon Nanolabs, a biotech company in the U.S. that began this work in the early 2010s. Obfuscated Phenotype 001 represents an encrypted section of the code behind the algorithm that was created by Parabon. 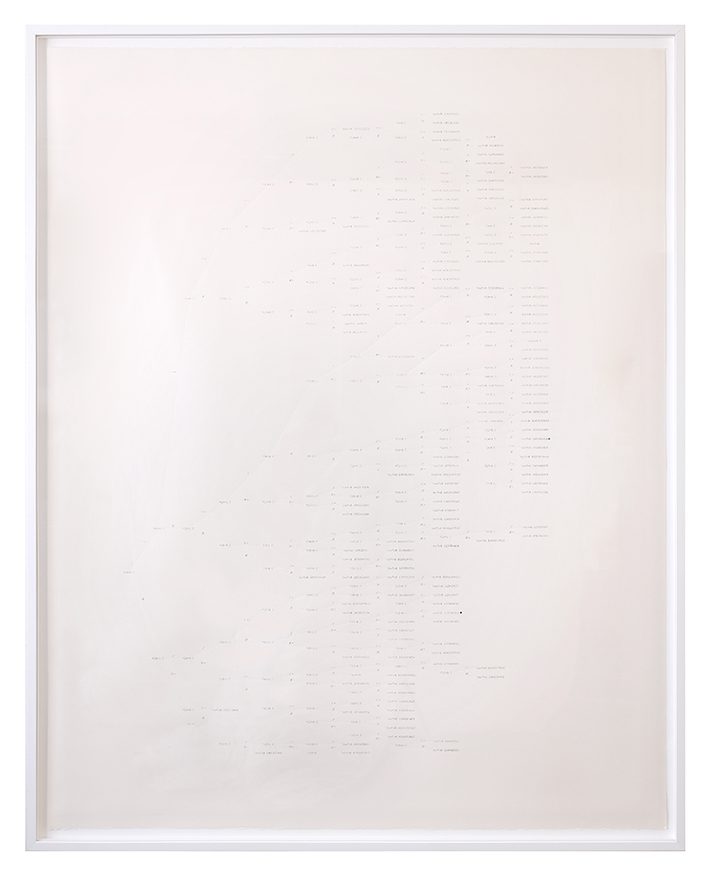 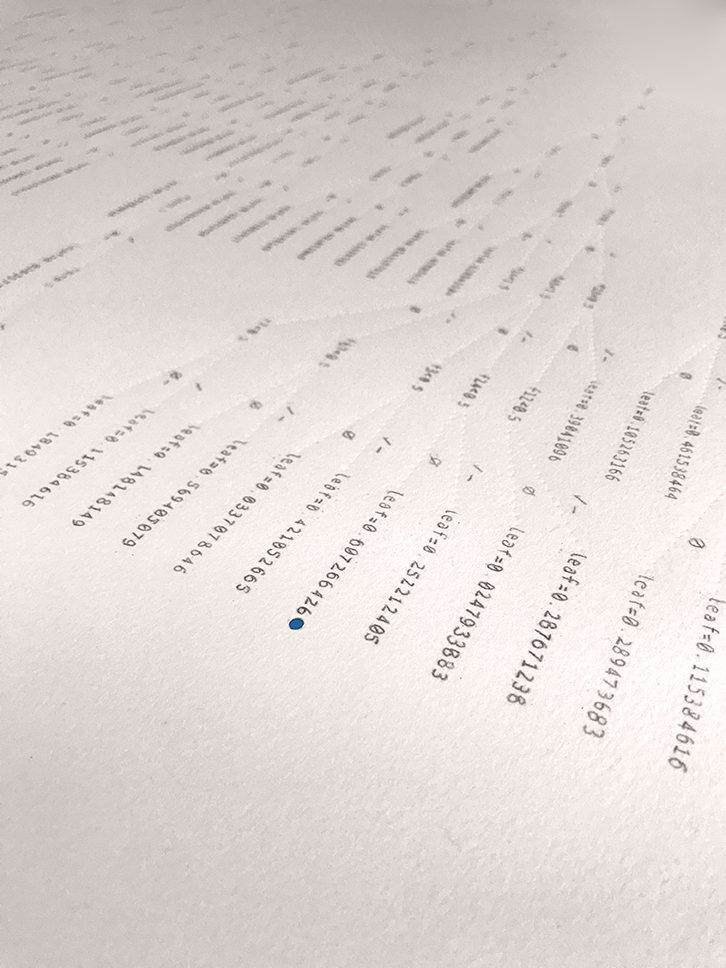 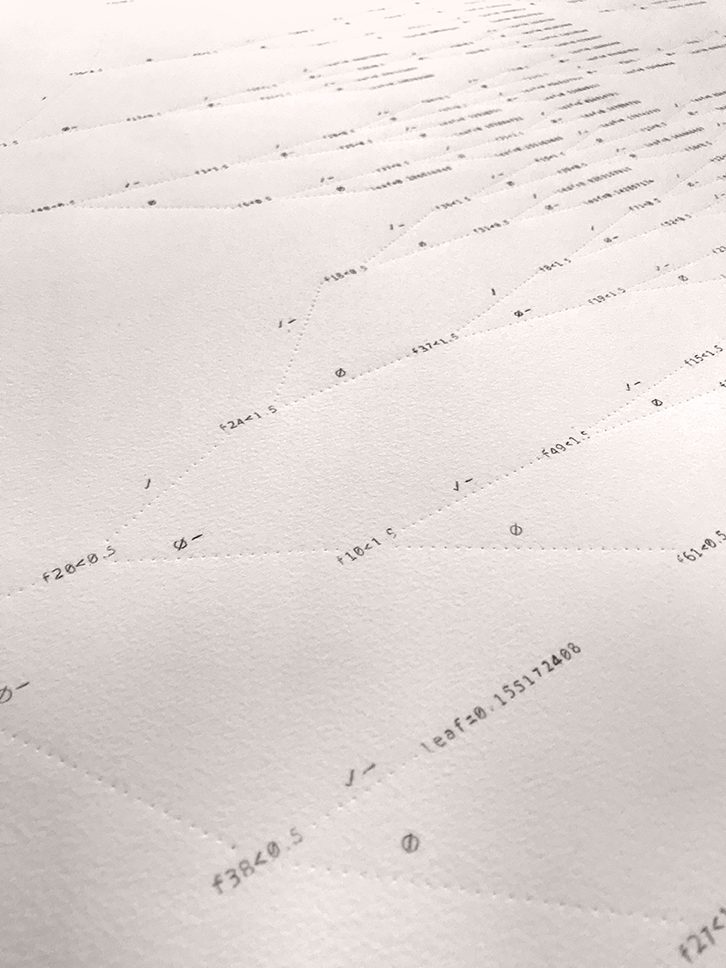