Striving to spread awareness and tell the stories of the homeless population in our city, Neil Shigley: Invisible People focuses on select works Shigley has created which document San Diego’s homeless, a group often hidden and forgotten. Through the presented large scale block prints and graphite on paper works he captures the incredible character that life on the streets has given these individuals, many of whom are from his neighborhood near downtown San Diego. These portraits of “invisible people” show great nobility, beauty, strength and vulnerability; they are there if we only look. By presenting these faces on a large scale, we are forced to confront them and the situation that so many people throughout our nation are in. 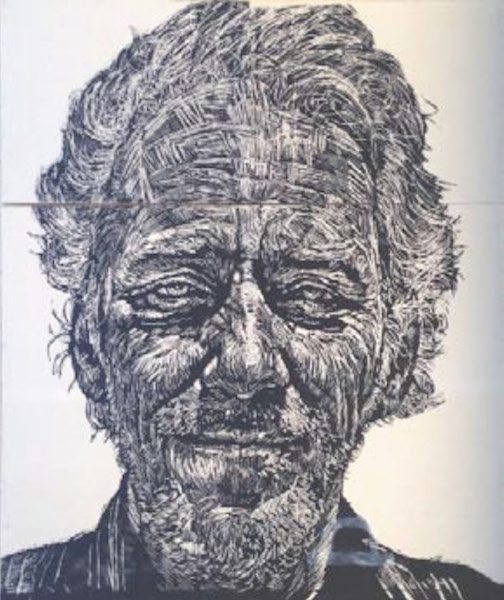