A leading San Diego artist, Ethel Greene was much admired by her peers and by collectors alike for the subtle humor and strong individual style that she brought to her work. In an interview with curator Mark-Elliott Lugo she described her fascination with the work of Surrealist painter Rene' Magritte (1898 - 1967) acknowledging his influence in her work. She said of herself as an artist that she tried every style that came along, but when her first solo show was exhibited at the San Diego Museum of Contemporary Art in 1956 (then the La Jolla Art Center) she received a glowing review for high artistic standards. Greene's direction toward surrealism became firmly established in the 1960s when she said of her images, "I think of what I can do to it so it will be the most surprising." Her reputation as a master artist and popular teacher brought her a level of recognition that reached beyond her modest demeanor. 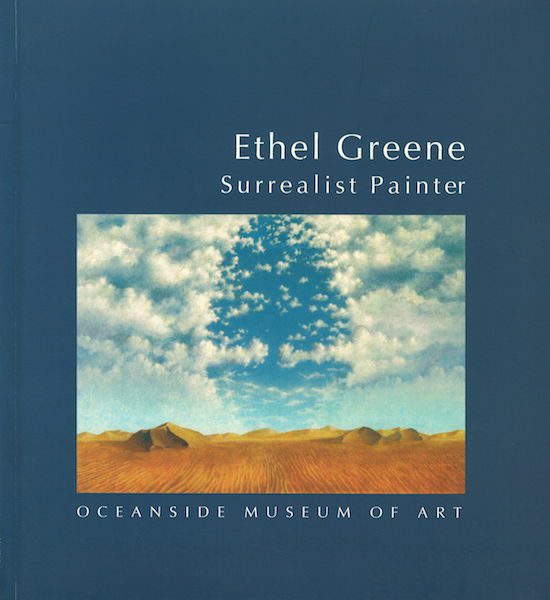 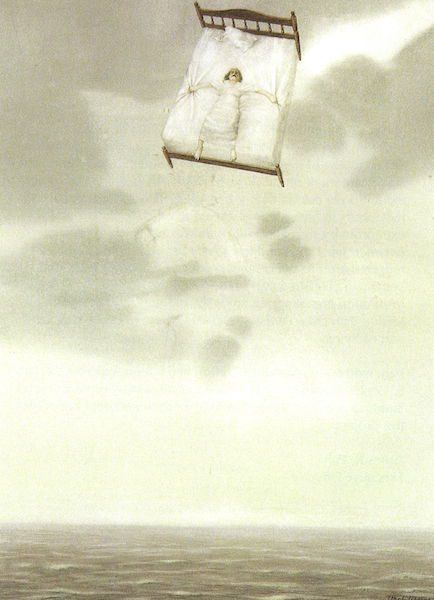 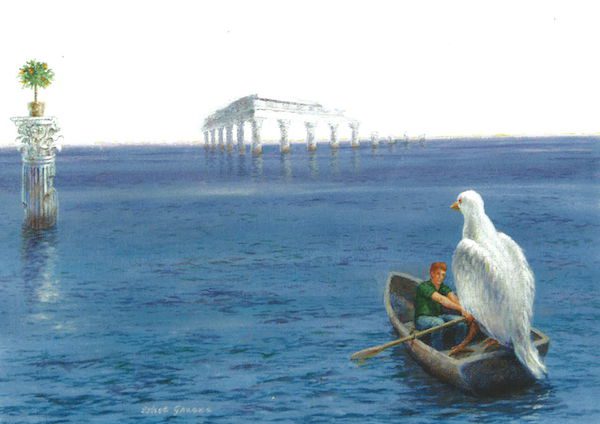 Ethel Greene, Voyage of An Unknown Bird, 1986. Acrylic on canvas. 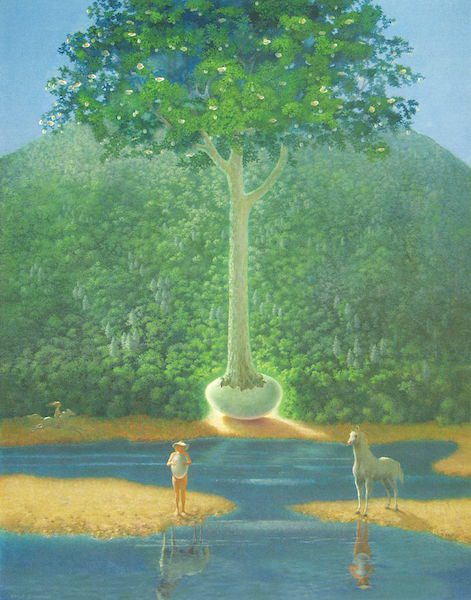