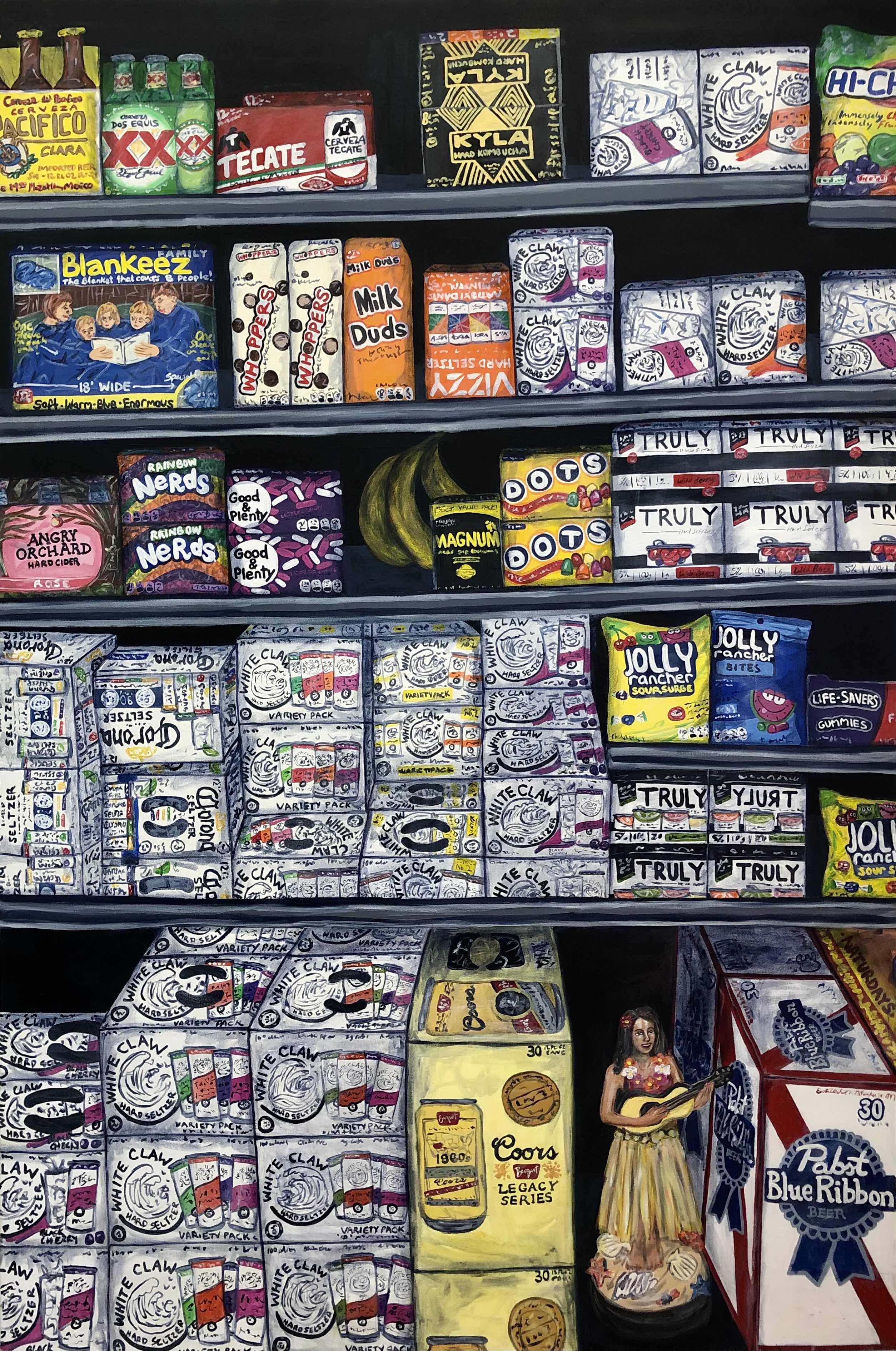 Consumption Capital is a painting based installation that simultaneously mimics and re-contextualizes the brick and mortar space of the grocery store through a puckish critique of American consumer culture. The work evokes feelings of overwhelming claustrophobia in order to acknowledge the current age of anxiety and the role of extreme consumption in a period marked by pseudo-nourishment, both individually and globally. The 21st-century shopper is inundated with a preposterously debilitating slew of choices for any given product. Endless options are daftly celebrated as beacons of capitalism. However, the guise of the free market can only temporarily mask the empty slogans and over-processed products that are being pushed on society as a way to subdue and distract.

The allure of the painted surface concurrently attracts and repels through saturated colors, vivid imagery, and recognizable brands and products. The series questions what it means to consume through an exploration of overabundant excess methodically deployed through painterly reproduction and repetition. While referencing the mechanical structure of a chain grocery store, the objects represented in the paintings deny any logical structure of product organization. Shown in varying states of disarray, the work points to the hidden, or not so hidden, cracks in our highly regimented economic and political system. The subliminal push to continually consume extends further as the paintings themselves take on their own object-hood as a market commodity to be bartered, to be acquired, further exploring the unnerving void in American culture of excessive indulgence, devoid of true worth.

Consumption Capital is inspired by an exhibition titled Real Big Deals the artist had in 2019 at Hill Street Country Club in Oceanside, CA.

Taylor received her Bachelor of Fine Arts in Painting from San Francisco Art Institute in 2016. She is currently pursuing her Master of Fine Arts in Visual Arts at University of California San Diego. She lives and works in San Diego, CA.

Click here to read an SD Voyager interview with the artist.