Home Past Exhibitions 2010 Neville Page: From Page to Screen: Character and Creature Designs

Neville Page: From Page to Screen: Character and Creature Designs

NEVILLE PAGE: FROM PAGE TO SCREEN: CHARACTER AND CREATURE DESIGNS

Science fiction movies rely on artists to bridge the gap between fantasy and reality. Neville Page brings to life monsters that decimate New York City and aliens who wage battle with humanity. From Page to Screen displays the original designs from Star Trek (2009), Cloverfield, and Piranha 3D (which will be released in August), among others, showcasing Page’s use of traditional media as well as digital tools such as Photoshop and Zbrush to create fantastic creatures and exotic characters. The exhibition features Page’s design progressions, from early pencil sketches, to more developed digital concepts and small 3D models. Neville Page is one of the most recognizable artists in the entertainment industry and his iconic designs are known worldwide.

Born in England and raised in Chicago, Neville Page came to Hollywood at the age of seventeen with the dream of making it big in the entertainment industry. In 1990 he graduated with a degree in industrial design from the Art Center College of Design in Pasadena. In 1994 Page accepted a teaching position at the Art Center’s branch in Switzerland which lasted two years.

After returning from Switzerland, Page began working in the film industry on everything from engineering to costume and character design. He has worked on blockbusters such as J.J Abram’s Star Trek (2009) and Cloverfield, Zach Snyder’s Watchmen, James Cameron’s Avatar -- which is currently the highest grossing film of all time, and the upcoming Disney film Tron: Legacy. When time allows, Page continues to teach at his alma mater, the Art Center, as well as Gnomon School of Visual Effects.

From Page to Screen is sponsored by David and Jan Arnold.
Exhibition partner Aptera Motors. 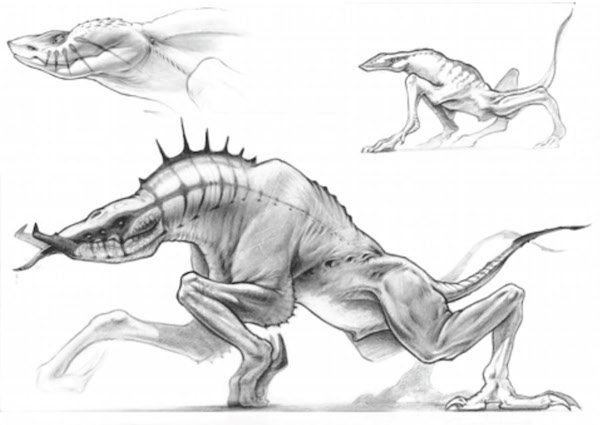