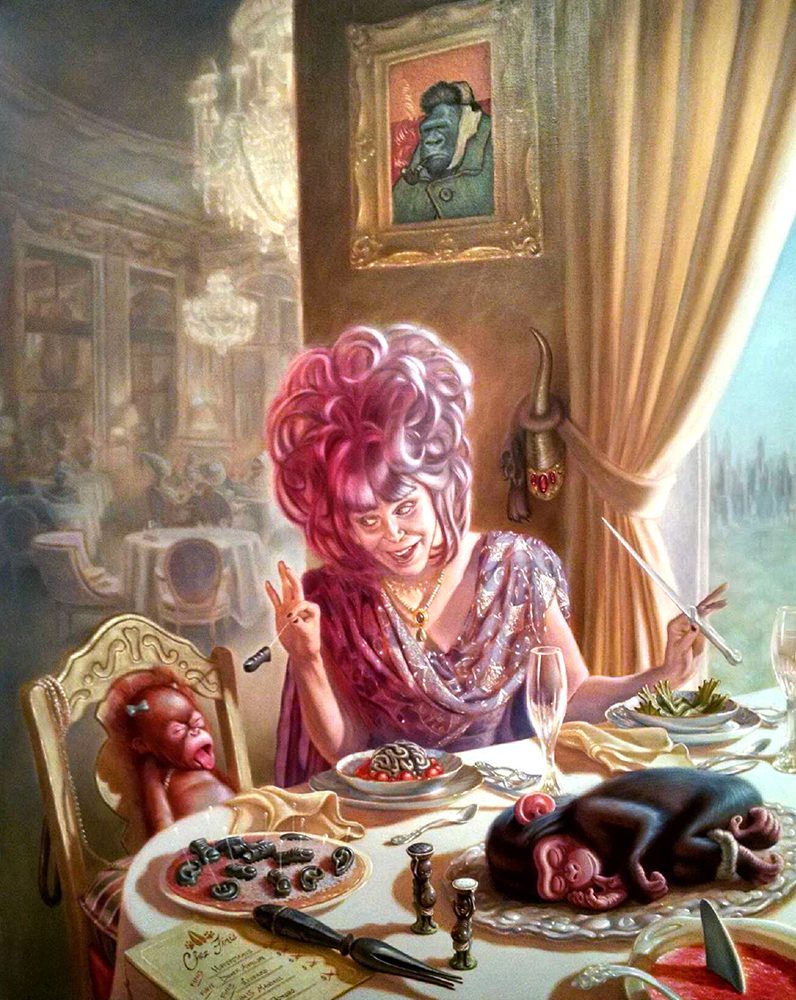 Surrealism’s poetic sensibility and curious elucidation of reality is so pervasive that we take it for granted. Surrealism emerged a response to the traumatic social context of World War I, and its impact was felt on a global scale like nothing before—something we can all relate to during the COVID-19 pandemic. Living in economic uncertainty, shifting social mores, and the new reality of war on a global scale, artists sought insights for forging a better future. Surrealist works embody escapism and strange, imaginary worlds in which the artist and viewer can take a flight of fancy. Just what we are yearning for as we hunker down in this unprecedented and emotionally charged era of social isolation and dark uncertainty. Jen Trute (1960-2011) commented on environmental degradation and animal rights issues as a way to evoke awareness of the human impact on nature. For the last 12 years of her life, Trute dedicated herself to creating a series of detailed works on linen and canvas using classical painting techniques. In his January 2008 review for the San Diego Union-Tribune, Robert Pincus called her “the Surrealist as social critic, with commentary offered in the form of dark hallucinations about the future.” Chez Finis is a macabre take on the treatment of animals that are eaten, maimed, worn, and worse in the name of science, or for trophies, or human entertainment. The painting is truly “unpalatable,” which was surely the artist’s perverse intent.

It can be an interesting exercise to look back at recent activities in light of our current pandemic-colored reality. No one could have prepared for the changes we’re undergoing in our daily lives, but there are some striking connections between the events that inspired the era of surrealism and present day.