Home Past Exhibitions 2011 Everett Peck: It’s Not My Fault

Everett Peck: It’s Not My Fault

EVERETT PECK: IT'S NOT MY FAULT

Native son of Oceanside and Emmy Award-nominated artist Everett Peck unveils his never before seen abstract paintings in this comprehensive exhibition of his career. Although most well known for his television series Duckman (1994-1997, USA Network), Peck is a multifaceted artist: an animator, a cartoonist, an illustrator, and a painter. It’s Not My Fault showcases Peck’s work over the past thirty years and traces his evolution as an artist from his early sketches to his recent large-scale paintings, which humorously explore the pop culture of modern America and its intersection with everyday life. Regardless of the medium, Peck uses his unmistakable satiric style to point out the quirks and eccentricities of our time. 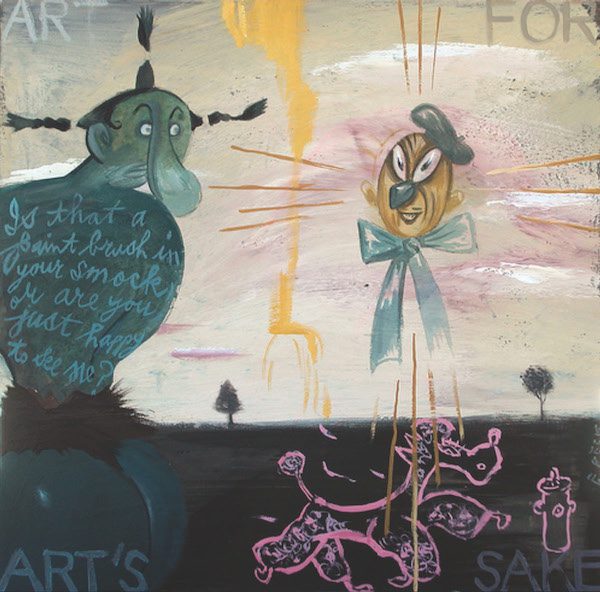