Oceanside Museum of Art presents Borderless Dreams, featuring three Southern California artists who explore how Latino lives and experiences are woven into the social fabric of the United States. Artists Laura Alvarez of Los Angeles, Perry Vasquez of San Diego, and Ruben Ochoa an Oceanside native, make art that is accessible and yet reveals profound ironies of our contemporary society.

Laura Alvarez has created the Double Agent Sirvienta series with paintings and film that portray a dual character, part sirvienta (domestic worker) and part secret spy, who negotiates both cultures in Alvarez's version of the Mexican telenovela (soap opera).

EI Camino High alumnus, Ruben Ochoa, takes us on a personal tour of his hometown. Reflecting on his past experiences and current investigations with an eye for absurdity, Ochoa develops a visual language detailing the under workings of O'side resulting in a collage of Mission Avenue, the military presence, and a chicken suit.

"If the title of the show, Borderless Dreams, speaks to a possibly unattainable condition, the artists, Latinos themselves, create from a highly personal bi-national reality," says exhibition curator, Alessandra Moctezuma. "They bring forth poignant pieces that hint at the many levels of missed understanding in a society unwilling, or unable, to accept its multiple cultural identities."

This exhibition was made possible in part by a grant from the Colonel Frank C. Wood Memorial Fund of The San Diego Foundation. 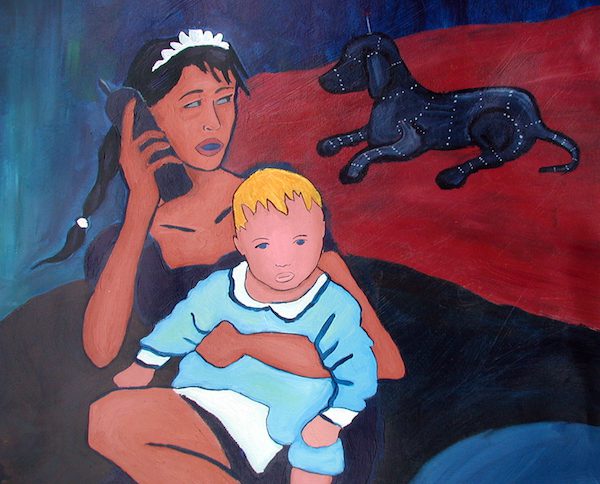 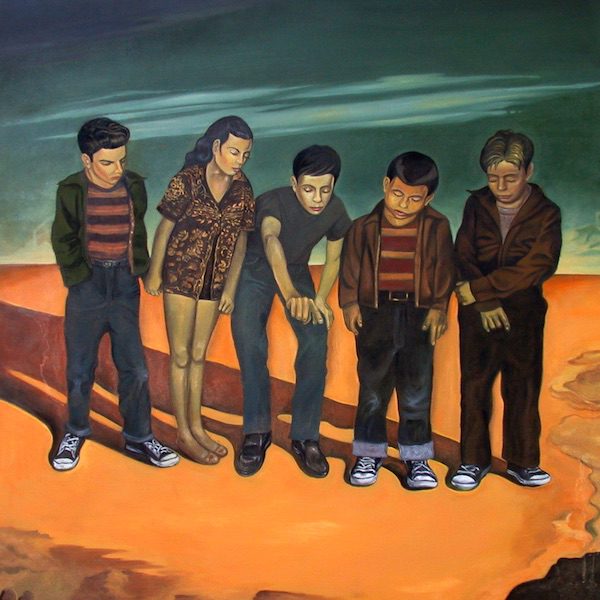 A Hole in Thin Air