Oceanside Museum of Art presents, SMILE, an exhibition that celebrates humor in art. Curated by former National Lampoon art director, Michael C. Gross, SMILE includes the work of twenty-two distinguished contemporary artists that have one thing in common: they make you smile. Gross says, "This collection of drawings, paintings, prints and sculpture is designed to make you giggle, chortle, smirk and laugh, tapping one of the most meaningful emotions we have in these tough times, our sense of humor. Art is often described as important, insightful, inspirational and beautiful, but rarely amusing. So, as the saying goes, leave your troubles at the door and lighten up!"

There will be a screening of humorous short films including a film by world-famous, award-winning animator R.O. Blechman (perhaps best remembered for his talking stomach Alka Seltzer commercial in the 1960s) and the delightful film, Calder's Circus, in which the great personal charm of sculptor Alexander Calder exudes with his playfulness and his fascination with the circus. His tiny wire performers articulated to perform circus act were a source of entertainment for the Parisian avant-garde of the 1920s. 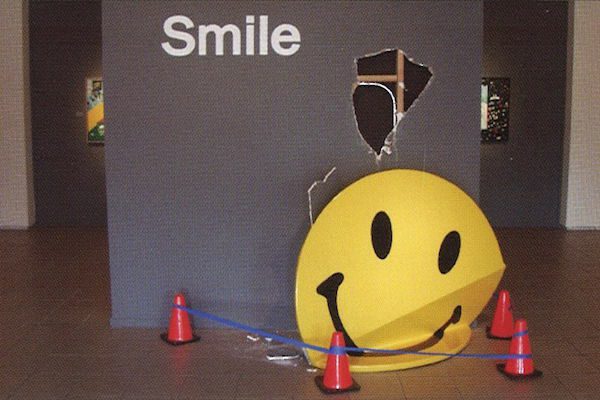